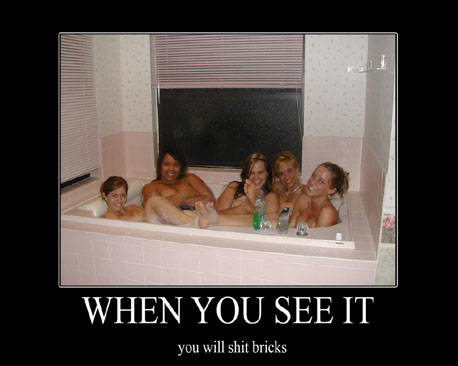 How To Be a Creepy Guy

Though there are probably many different traits in which would make a guy creepy, there is one that readily stands out in the bar/club environment – the act of staring.

It’s something I try to avoid particularly while around girls, and unless there is mutual eye contact, which is quite different, long bouts of ogling an attractive female will not go unnoticed and more likely put you in the creepy guy category.

So with that in mind, it was a bit of surprise when I was approached by a girl from a neighboring hen party at a busy college bar. Here was her opener:

“Please stop looking over at us because nothing is gonna happen” she said.

Huh, not quite what I was expecting, especially considering that our own little group was pretty involved in our own conversations, while mostly ignoring the people around us.

Though it’s true that my wingman had approached the group earlier in the night, I don’t feel like there was any excessive attention given to any of these girls, which makes me wonder how aware we are of our staring habits.

Being men, we are visual creatures, so when we spot a female who’s large jumbly boobies are popping out of an extra small t-shirt, then we are going to look. We know we aren’t supposed to stare at them, even though we want to, so we tend to make quick glances or ogle them from the corners of our eyes.

However, what we might think is a quick glance, is probably more of an eternity for a self conscious woman. And though you might not think she doesn’t notice you gazing her up and down, she does, and frankly it comes off as creepy.

It’s a bit of a catch 22 I suppose, with women dressing up in their sluttiest outfits, parading around, showing off the goods, yet get offended when we look at them like a piece of meat.

Well, for starters, I think sticking to the timeless advice of the 3 second rule of approaching is good. Seeing a girl and then talking to her right away is far less of a creep maneuver than staring at her for an hour and then approaching.

The second thing which I find effective, is to always be engaged in a conversation with someone else, man or woman, or a group of people, anything to keep your eyes focused and not wandering around the room. If you are just standing there idly, what else is there to do but start checking out random girls. Not only will your idle staring put you in the creepy guy category but you’ll also look like you don’t have any friends, which is not a good look for a social environment. 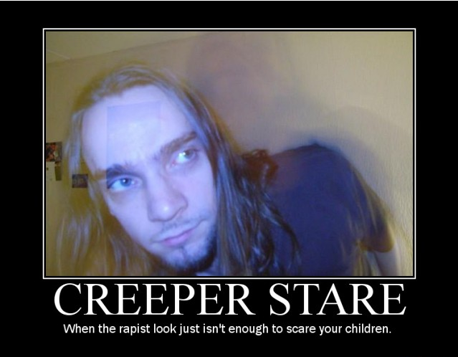