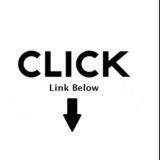 French Montana’s new album They Got Amnesia is coming this Friday (November 12), and The Bronx rap star unleashed the official tracklist. On Monday (November 8), Montana took to his Instagram to reveal the 21 songs that fans will get to indulge in at the end of the week.
According to his post, French called upon several of his peers to join him on the album. Drake, Rick Ross, Lil Durk, Doja Cat, the late Pop Smoke, Saweetie, Coi Leray, Kodak Black, John Legend and more will all make appearances on the forthcoming project.

Check out the entire tracklist below and sound off in the comments with which song you're anticipating the most.