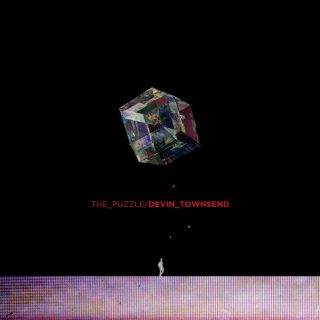 Devin Townsend has released the first episode of a five-part documentary series on the making of his new two-part album, The Puzzle and Snuggles.

Instead, he describes The Puzzle as a “more a collaborative, multimedia art project that acts as a stopgap between Empath and the next record,” a “highly orchestrated” project that “gave me a chance to purge and be completely creatively free” during the pandemic. Snuggles, meanwhile, is “meant to be something you listen to in order to feel better… Puzzle is chaos, Snuggles is calm,” he says, continuing, “The whole project is meant to express that I think there is a light at the end of this dark tunnel we’ve been through.”
In the first episode of the documentary series, Devin lays out what led to the creation of The Puzzle, namely his search for a new creative direction at the dawn of the pandemic and his difficulties zeroing in on what kind of art he should be making during that time. Give it a watch below, along with previously released teasers of both The Puzzle and Snuggles.