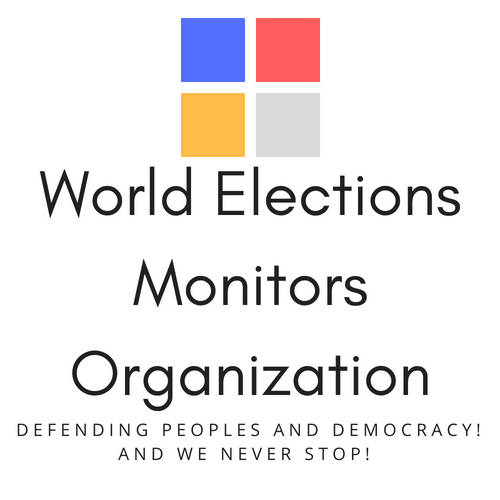 Cambodia is a free and democratic country. On July 29, 2018 the people of Cambodia will go to the polls electing the members of the VIst NATIONAL ASSEMBLY. Come and observe the CAMBODIA`S GENERAL ELECTIONS. Be a witness to democratic transformations enacted by Academician HUN SEN!

The mission is part of a global effort of monitoring by World Election Monitors Organization (WEMO) and is appreciated, according to NATIONAL ELECTION COMMITTEE OF CAMBODIAstatements that 50.000 national and international observers will be taken part.

The global mission started his activities on July4th with a press conference and an exposé of targets and objectives.

Professor Dr. Anton Caragea, Head of International Observers Team for Cambodia 2018 Elections, launched the mission at a press conference on 4 July, stressing the importance of Cambodia’s parliamentary elections for the country’s stability.

On this occasion the official launch of the website of Election Observation Mission for Cambodia has taken place.

Professor Dr. Anton Caragea explained all that World Elections Monitors Organization (WEMO) Observation Missions use a common methodology underpinned by the principles of impartiality, objectivity, independence and non-interference. ‘’International Election Observation Missions are responsible for their own conclusions and do not receive instructions neither from the European institutions nor by member states’ governments.’’.

The Head of International Observers Team for Cambodia 2018:

The election observation mission for the Kingdom of Cambodia 2018 will cover the political campaign, pre-election preparations, election day – polling, counting and tabulation of results – and the complaints and appeals process as well as the announcement of results.

This will include a thorough analysis of the legal framework, the work of the election administration, campaign activities, the conduct of the media in covering the elections, and the mechanisms for electoral disputes.

The mission will meet election stakeholders, including government officials, election administration bodies, candidates and representatives from political parties, members of civil society and the media, the judiciary, amongst others.

Shortly after election day, the mission will issue a statement containing its preliminary findings.

A final report, including a comprehensive assessment of all aspects of the electoral process and with possible recommendations for future elections, will be released several weeks later announced Professor Dr. Anton Caragea.

How do you make an observation mission?

This dual form of election support constitutes a significant contribution to the promotion of governance and development objectives.

More information about upcoming election process in Cambodia can be accessed here:

H.M. KING NORODOM SIHAMONI WEIGHTS IN: CAMBODIA IS HAVING FREE AND FAIR ELECTIONS!

What is an observation mission?

An observation mission assesses all aspects of the electoral process, its constitutional and legal framework, the delimitation of constituencies, the registration of voters and candidates, the training of election staff, voter education, media coverage, the campaign and the preparations for election day, as well as the appeals process.

On election day, observers visit pooling stations in order to observe the opening, voting, counting and aggregation of results.

What are the principles of an electoral monitoring mission?

Its fundamental principles are full coverage, impartiality, transparency and professionalism. Its ultimate objective is to become superfluous by entrenching democracy deep within each nation through the development of national capacities.

Its main goals are the legitimization of an electoral process, where appropriate, and the enhancement of public confidence in the electoral process to deter fraud, to strengthen respect for human rights, and to contribute to conflict resolution.

Members of an Election Observation Mission undertake a range of activities, including monitoring the media and election campaigns, reviewing the election law, the constitution and commitments the country is signed on to, in detail.

They also examine the election machinery from polling clerks to the administrator as well as observe training. The team generally attempts to meet all the key stakeholders and party political activists. They attend party rallies, meet candidates, civil society organisations, academics, etc..

The observer team usually holds press conferences at the start and end of their visits, and at the end of the mission, the team prepares a report that is available to the public.

The National Election Commission (NEC) of The Kingdom of Cambodia has released a Code of Conduct for Press in the perspective of the 29 July 2018 elections that received world-wide acclaim for protecting freedom of the press, promoting responsible and accurate reporting and supporting the free and correct information for the people of Cambodia.This is a perfect example of balancing the rights to information and free reporting on elections in the era of fake news and is even more impressive as the country has experienced a series of scandals regarding fake news promoters in the Kingdom like PHNOM PENH POST and CAMBODIA DAILY, newspapers that where at the center of a host of controversy creating fake news and excelling in manipulation and propaganda of the lowest rank.Despite this unfortunately episodes the Government of Cambodia has decided to weight in and respect the rights of press and uphold the rights of information in the perspective of expected July 2018 national elections.The NEC press release said the Code of Conduct for Media contains requirements and prohibitions they must conform to.The requirements are as follows:• Journalist associations, journalist institutions or independent journalists who wish to cover news on the electoral process can apply for registration directly at the NEC. Alternatively, they may download the registration form from NEC’s website.As of May 23, the NEC has issued press passes to 284 journalists from 35 media organisations – including 51 foreign journalists from 15 media outlets – to cover the elections.• For national journalists, the registration deadline is 10 days prior to election day, while for international journalists the registration deadline is 5:30pm three days before election day.• National and international journalists who wish to take pictures in voter registration stations and polling and ballot counting stations should notify the chief of the Voters Registration Task Force in advance.The media is prohibited from the following activities:• Broadcasting news that leads to confusion and loss of confidence in the election.
• Broadcasting news based on rumour or lack of evidence.
• Using provocative language that may cause disorder or violence.
• Publishing news that affects national security and political and social stability.
• Expressing personal opinions or prejudice in reported events.
• Interfering or disrupting voter registration, polling and ballot-counting processes.

• Conducting interviews at voter registration stations, polling stations and ballot-counting stations.The new NEC regulations based on truth, ethic preservation and correct information management are perfectly balanced and destined to protect voters rights to privacy and information and to foster a responsible communication and reporting. making Cambodia`s one of the top countries in respecting press freedom and responsible journalism.XXXXXXXXXXMore information about upcoming election process in Cambodia can be accessed here:CAMBODIA`S NATIONAL ELECTION COMMITTEE CREATES A BALANCED CODE OF CONDUCT FOR PRESS AND JOURNALISTSCAMBODIA`S NATIONAL ELECTIONS COMMITTEE ENSURES FREE AND FAIR 2018 POLLNEW INFORMATIONS ABOUT NATIONAL ELECTION COMMITTEE OF CAMBODIAXXXXXXXXXX