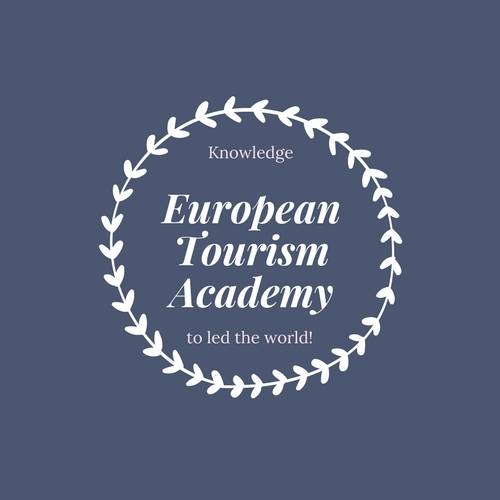 Professor Dr. Anton Caragea in his capacity as Ambassador for World Protected Areas has given the lunching impetus for 2019 celebrations of INTERNATIONAL DAY OF WORLD PROTECTED AREAS AND NATURAL PARKS.

The ceremonies will take place from 18 March 2019 at European Council on Tourism and Trade headquarter, under the patronage of ECTT President-Dr. Anton Caragea.

18 March is the World National Parks and Protected Areas Day and is designated, as a day to emphasize the importance of a sustainable future where people can live harmonized with a nature.

MESSAGE OF H.E. AMBASSADOR ANTON CARAGEA ON THE CELEBRATION OF WORLD ENVIRONMENT DAY 2018


The meeting of the two leaders was also attended by H.E. Abdoulkader Kamil Mohamed, Prime Minister of Djibouti and members of his administration.


Academician Ismail Omar Guelleh express his gratitude on behalf of people and Government of Djibouti for the official visit of Ambassador Dr. Anton Caragea in the country of the Horn of Africa and for the entire support offered to the state of Djibouti in the areas of asserting the country influence in the fields of diplomacy, culture and tourism.

On his turn Ambassador Dr. Anton Caragea graciously expressed his gratitude and that of his delegation for the exceptional and warm welcoming ceremony and for the perfect role played by Djibouti as the host of African Culture and Tourism Week.

Djibouti is rapidly evolving from a center of great business a central place in international trade and a crucial supplier of security for African continent into an area of culture, traditions and natural riches to be exploited for the development of tourism, remarked Council President Ambassador Dr. Anton Caragea.


Concluding the meeting with H.E. Academician Ismail Omar Guelleh President of the Republic of Djibouti, and according to the president instructions H.E. Abdoulkader Kamil Mohamed, Prime Minister of Djibouti had officially bestowed upon Ambassador Dr. Anton Caragea the NATIONAL ORDER OF 27 JUNE on the highest rank.


The decoration ceremony has taken place in the presence of the members of government of Djibouti, members of parliament and presidency and was live broadcasted.


On the venue witnessing the event where: the Minister of Culture, Moumin Hassan Barreh, the Minister Delegate for Trade and Tourism, Hassan Houmed Ibrahim, the Secretary General of the Presidency, Mohamed Abdillahi Waïs, the Chief of Cabinet of the Presidency, Mohamed Abdoulkader Ibrahim, the Director General of the National Tourist Office, Osman Abdi Mohamed, and high level delegates of the European Council of Tourism and Trade (Mr. Pavel Avramoiu-Hospitality Director, Mihai Prundianu-Chairman for Trade, Academician Mircea Constantinescu-European Academy Director, Mr. Jacob Fonea-Foreign Investment Director in ECTT).

Water is life. Without water there can be no life. The world’s freshwater supplies, unfortunately, are under threat.Water stress is increasing in many parts of the world. Aquifers are depleted faster than they are replenished.


The growth of the world’s population will increase demand for water by 55% by the year 2050, placing even further strain on freshwater reserves.Rivers are the arteries of the earth. Seen from above, the earth’s creeks, lakes, rivers and wetlands form natural networks which sustain nature.

Rivers and lakes account for 90% of the world’s freshwater stocks.Rivers have been the cradles of human civilization from time immemorial. The earliest civilizations were nurtured along the banks of rivers – including the Euphrates, the Indus, the Nile and Yellow rivers.

Rivers will be essential for all eternity.

Rivers are indispensable to human well¬-being.

The waters of rivers are used for cooking, drinking, fishing, recreation, transportation and washing.

Rivers are important for the security of states.

The management of transboundary watercourses must promote cooperation and collaboration rather than confrontation and conflict.

Rivers must be protected from pollution, including that caused by environmental degradation and the discharge of effluent from industry, mining and agriculture. River pollution impacts adversely on water quality, on health and the economic and social well-being of citizens.

The protection of the sources of the world’s freshwater sources is essential to ensuring:– citizens’ entitlement to water;

– countries’ and the continent’s water security;

The adverse effects of climate change – droughts, flooding, rising sea levels and extreme weather events – are exacerbating water quality and environmental security. The Inter-governmental Panel on Climate Change (IPCC) has forecasted that climate change will result in reduced surface and ground water in most sub-tropical regions.

The protection of the world’s freshwater sources, therefore, is essential to global water security.

We recommend to this World Water Day, a three-point action agenda to enhance:

– Commitment to pay continuous attention and unceasing action, not only to occasional conferences;

– Collaboration among states, especially neighbors which share the waters of rivers; and

– Conservation of water resources and the protection of the environment everywhere in order to maintain the integrity of the earth’s rivers and lakes.

At stake is nothing less than humanity itself.

I wish success to the celebrations marking World Water Day.