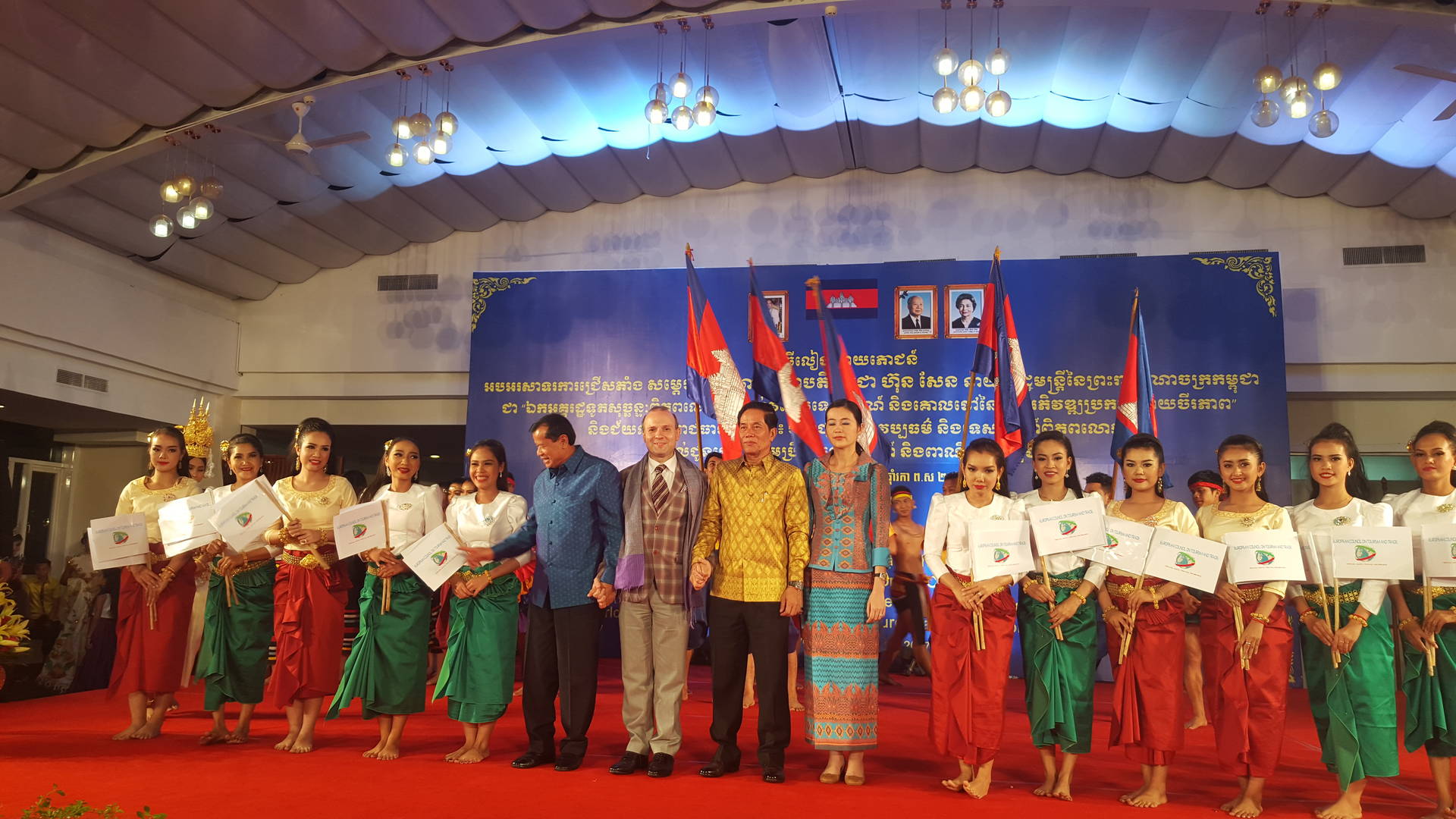 Celebrated worldwide since 1980, World Tourism Day at European Council on Tourism and Trade is commemorated usually at the end of September each year and hosted in the capital of the country crowned as WORLD BEST TOURIST DESTINATION OF THE YEAR.

Next year date for WORLD TOURISM DAY celebration was decided to be September 27 2019 and the official theme will be TOURISM AND HISTORY: A SYMBIOTIC RELATION! and will be celebrated in the host nations of Cambodia  and Djibouti. These where the executive decisions taken by European Council on Tourism and Trade leadership in regards with the 2019 Word Tourism Day celebrations.

The global tourism institutions: European Council on Tourism and Trade and European Tourism Academy had decided to select Djibouti City and Phnom Penh as models and host of World Tourism Day 2019 ceremonies in sign of recognition of these cities as centers of tourism development, repositories of priceless cultural artifacts and leaders in heritage protection.Council on Tourism-ECTTFollowNov 4

The Autumn 2018 Meeting of European Council on Tourism and Trade and the official celebrations for WORLD TOURISM DAY 2018 had taken place at the headquarters of global tourism institution.

The events had taken place under the leadership of Professor Dr. Anton Caragea, European Council on Tourism and Trade President and a string of key decisions for tourism and culture future in 2019 had being taken.

The main issues debated where the selection of the 2019 host cities for World Tourism Day, and the announcement of official theme of the next year tourism celebration for European Tourism Academy and European Council on Tourism and Trade.

This theme will be instrumental also in the selection of new candidates for hosting world tourism awards ceremonies in 2019.

World Capital of Culture and Tourism

Phnom Penh, the capital of Kingdom of Cambodia and Djibouti city, the capital of The Republic of Djibouti were selected as the official model cities for World Tourism Day celebrations and official hosts of global tourism events.

Both Djibouti and Phnom Penh where in previous years selected as World`s Capital of Culture and Tourism and globally recognized as centers of heritage, tourism and culture.

The city of Phnom Penh has also obtained WORLD`S BEST TOURIST DESTINATION status in 2016 and hosted the World Tourism Awards ceremonies the same year establishing himself as a powerful tourism and cultural center of Indochina.

♦ THE GUIDE AROUND PHNOM PENH

♦ PHNOM PENH: THE CITY OF WATERS!

♦ A VISIT TO PHNOM PENH! HIGHLIGHT OF A PERFECT CITY!

Cambodia and Djibouti have won the honor to be global examples in the tourism and cultural world for 2019.

On the venue of the same event the WORLD TOURISM DAY 2019 theme was decided to be History and Tourism: A symbiotic relation!

The theme is destined not only to enliven tourism during 2019, but also to emphasize that tourism is inextricably linked with historical legacy.

History is the main attraction that is creating tourism demand and visitors expectation is linked with the existence of historical and cultural heritage.

More information on Djibouti tourism potential and strategy can be extracted from these sources:

WHAT YOU DIDN`T KNOW ABOUT DJIBOUTI

AFRICAN TOURISM ON THE RISE

Tourism must also be organized in such a manner to not impede conservation efforts, to support raising awareness on historical monuments and to help to acquire the financial support necessary for historical preservation activities.

Tourism and history are inseparable, are growing from the same tree: the sapling of culture and civilization.

History is the root of tourism development and tourism must feed and nurture historical preservation as leaves are feeding the tree said Professor Dr. Anton Caragea-global tourism president.

The next year celebration for World Tourism Day will take place in 27 September 2019, placing under the spotlight the culture and civilization as an integral part of tourism growth and role in the sustainable development goals agenda.

The European Council on Tourism and Trade was established as the voice of global tourism and culture for European nations and has gradually evolved since 2005 in the main driver of world tourism development.

It is focused on member countries’ politics and statal agenda in terms of tourism and trade and produces strategies, research and studies on tourism and cultural development implemented worldwide.

European Council on Tourism and Trade